I had never been to Estes Park before, and I can tell you it is FANTASTIC!!  I would highly recommend it to anyone who loves beautiful mountains, cool temperatures and, NO HUMIDITY!!! 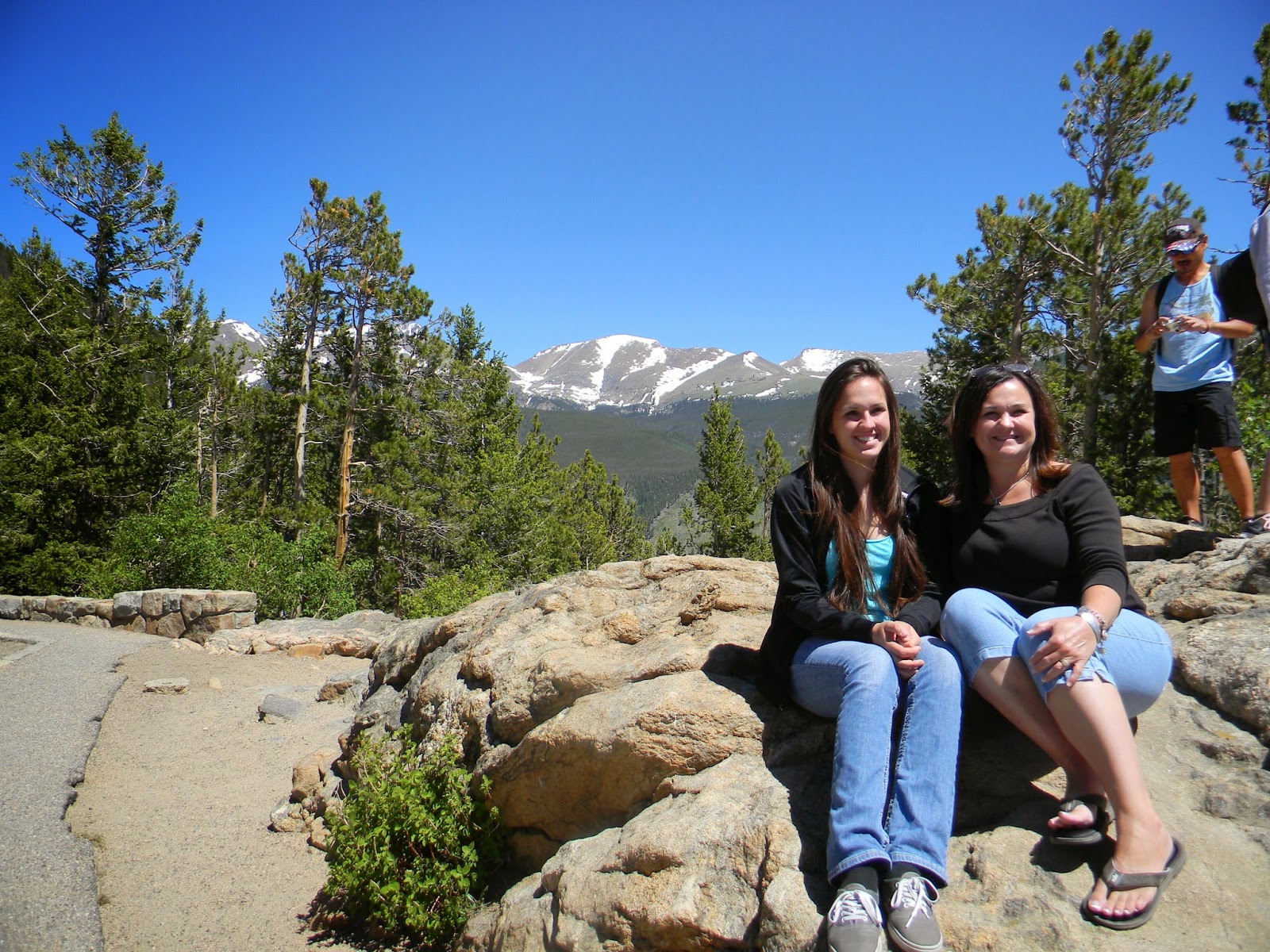 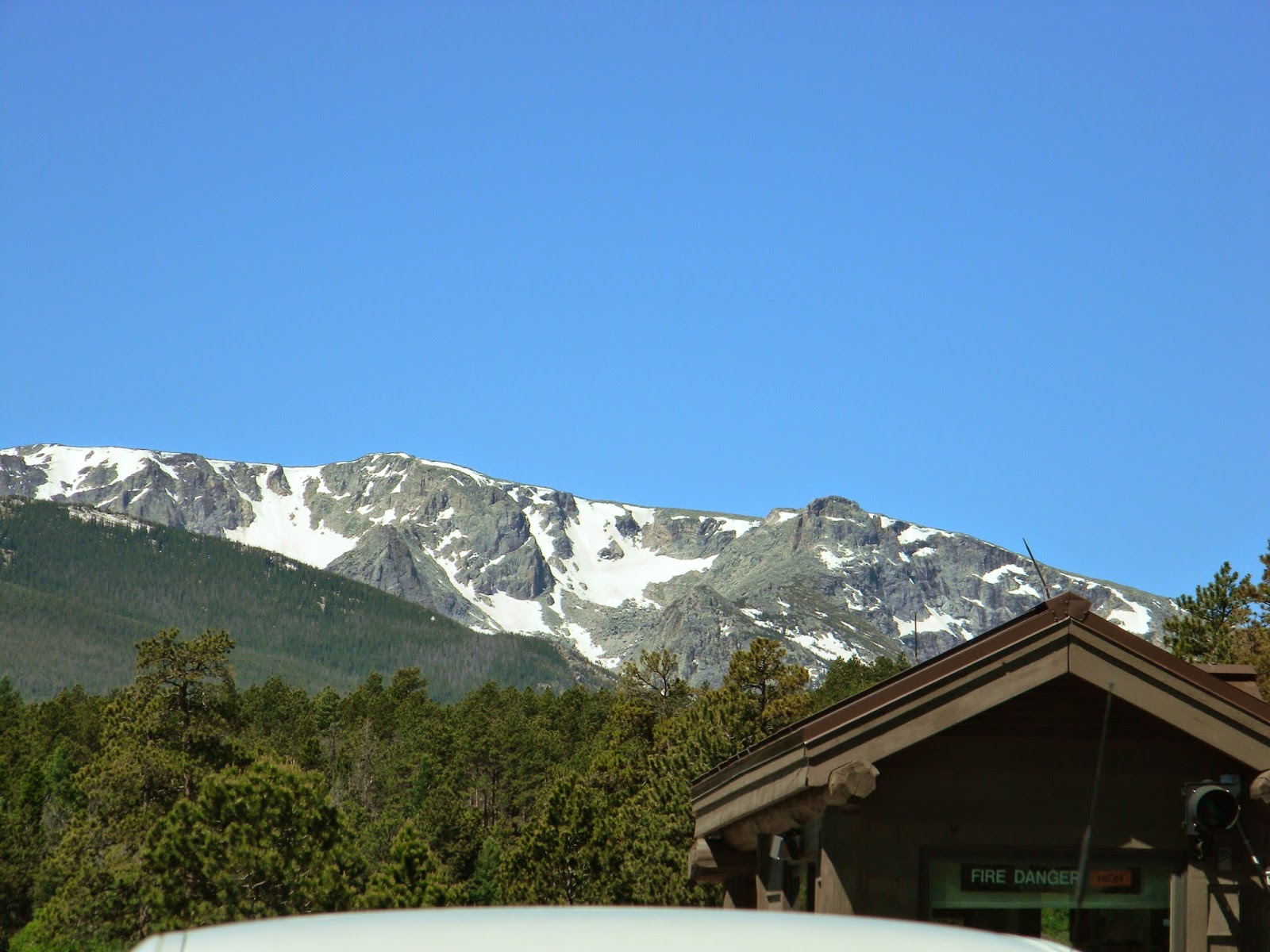 While we were there, we also took a tour of the historic Stanley Hotel. I love ANY kind of history, so the tour was very interesting to me.  And just so you know, the movie "The Shining" WAS NOT FILMED AT THIS HOTEL!!!  Stephen King spent the night at this hotel, in Room 217, and got the inspiration for the book, but Stanley Kubrick's movie "The Shining" with Jack Nicholson was not filmed at all at this hotel. 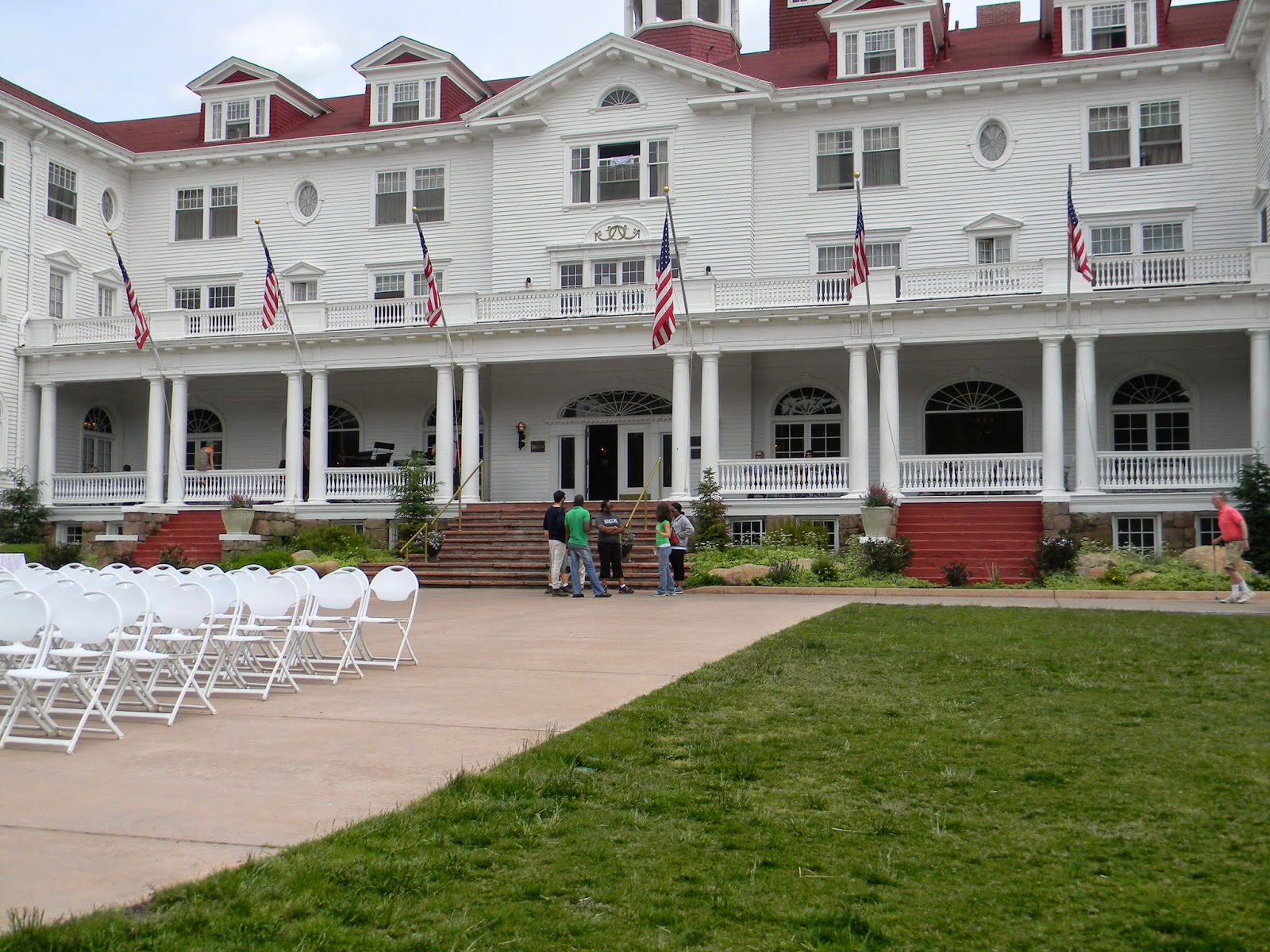 The hotel is simply gorgeous.  And we got the history on the twin brothers, F.E. Stanley and F.O. Stanley, and how F.O. Stanley was diagnosed with tuberculosis and sent to the mountains to die.  But he thrived in the mountains near Estes Park. His health was restored and he actually built this building as a GUEST HOUSE so his wife could invite their friends to spend summers there.  The property wasn't used as a hotel until the 1930s.

If you ever get a chance to head to this part of Colorado, I would highly recommend Estes Park.  It is a neat little town with lots of shops, and a beautiful river walk area. We had a fantastic time!!  And we had about 80 people attend the reunion.